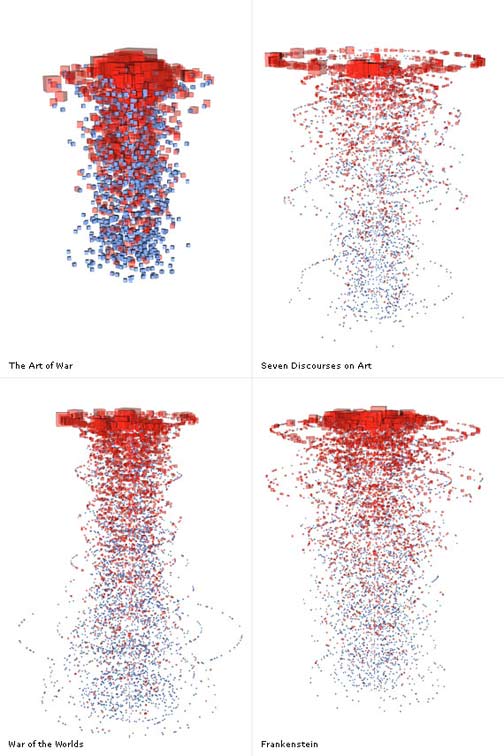 . . . or something like that. Courtesy of JK Keller, these Volumetric Redundancies represent the number of times a word appears in a given text.

Red cubes represent non-unique words, with size depending on number of occurrences; blue cubes are unique words. The X-axis represents the order of the text, from beginning (top) to end (bottom). The diameter of the column is determined (somehow) by length of paragraph.

As to why The Art of War looks so different, I can only guess it’s because it’s shorter, and thus the blue cubes – which ought to be equivalent in size in each text, since they represent single occurrences – appear bigger merely because we’re zoomed in on a smaller virtual object. But really, I have no clue. They’re just real durn pretty, ain’t they?

This entry was posted in Books, Frivolity, Words. Bookmark the permalink.