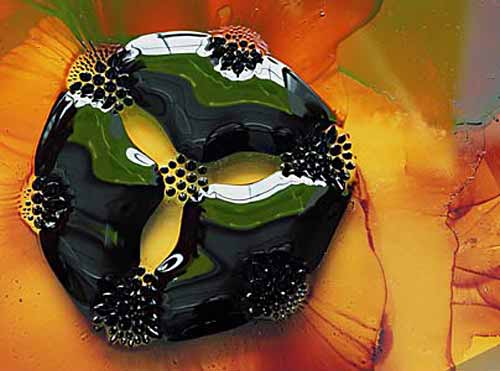 “Most people think of science as abstract and numerical. In fact, science is a surprisingly visual endeavor: both data and theory are often driven by pictures and images. Felice Frankel’s work conveys the tremendous beauty and excitement of science–letting the layperson share in the wonder of studying the natural world.”

Continuing yesterday’s theme, but from the art world’s side, gallery owner Edward Winkleman responds on his blog to a NYT profile of Felice Frankel. Winkleman pulls the same things from the piece that got me ruffled when I read it last night.

According to the NYT, Frankel started a stint at MIT as “artist-in-residence,” but ended there as a “research scientist.” No explanation is given for this transition, but it might have something to do with the two reasons Frankel herself disavows “artist” status. She says:

2) her work is not about her own ego.

Frankel apparently bases this self-assessment on her personal interactions with the professional art world, because the science world is justifiably gaga over her work. And I’m not sure why it wouldn’t be “art.” Frankel’s audio commentary on this slide show discusses the design and planning aspects of her process, and how she uses digital tools to refine her images (Frankel uses a Mac, of course.) But Frankel called her 2002 book Envisioning Science: The Design and Craft of the Science Image. Why design & craft, but not art? Simply because her pieces have a practical purpose?

Frankel says of the image at the top of this post, which appeared on the cover of Physics Today, “I’d like to think you are curious about it because of the way I photographed it. My hope is that you are going to want to ask questions about it.” (NYAS). That sounds like an artist to me. She also notes that she’s sick of it, because it has been reprinted so often. That sounds like a problem an artist would like to have. . .

More on Felice Frankel: Science & the City (gallery and podcast)

This entry was posted in Artists & Art, Photography, Science. Bookmark the permalink.

One Response to Is this art? (part 2)